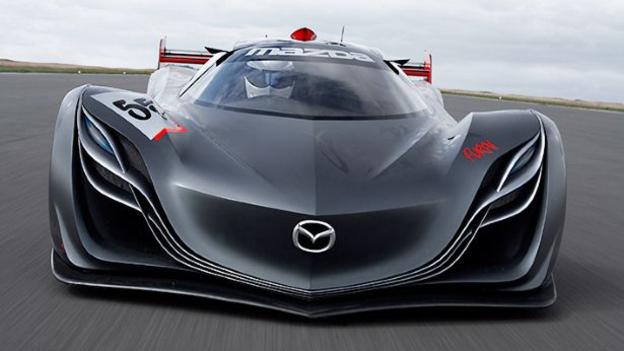 For petrolheads all over the country, the Goodwood Festival of Speed is fast approaching. All the action will be starting in the last weekend of June (25th to 28th) and below is a preview of what's happening.

Goodwood FoS is a bit different from other classic car festivals or motor shows, incredible cars, old and new will try to tackle the iconic Goodwood hillclimb circuit with varying degrees of commitment and success. The festival of Speed is not just about the sights of the cars, but the sound and the smell too.

The historic setting of the sprawling Goodwood estate in West Sussex plays welcomes over 200,000 people at Goodwood FoS every year, making it one of the most popular car events in Britain. Some serious new cars, historic racers and insane supercars are taken to the limit on the hillclimb, but there's also new concept cars on display and special guests from the world of motoring.

The Goodwood Motor Show opens its doors on Thursday 25th June giving attendees the chance to not only see, but also drive the latest production cars from many top manufactures. Then it's Festival of Speed from Friday 26th onwards and Goodwood guests have the problem of how to split their time between the hillclimb course, the rally stage, the supercar paddock, the Goodwood Action Sports arena and number of other attractions.

For the past 18 years dramatic sculptures from designer Gerry Judah have grace the front lawn of Goodwood house, and this year he's collaborated with show sponsors Mazda to create a centrepiece inspired by the Japanese firm's 'Soul in Motion' tagline. It's yet to be seen, but we understand the sculpture will be 40-metres long and weigh an impressive 120 tonnes. You won't be able to miss it!

The legendary Stirling Moss will also be in attendance, celebrating the 60th anniversary of his landmark victory at Mille Miglia in 1955. Seven of the historic Mercedes 300 SLR racers will also be brought along and will tackle the hillclimb.

Aside from the hillclimb stage, the Festival of Speed also features the traditional Concours d'elegance, with a celebration of the 80th birthday of Figoni et Falaschi cars, and cars marking the 60th anniversary of Citroen's DS badge, which is now a separate brand.  An enlarged Michelin Supercar Run and Brooklands supercar paddock will also make a return.

Mazda has been chosen as this year's featured manufacturer, and will showcase all of its latest production models and heritage vehicles, including its Le Mans-winning 787B racer which will take on the hillclimb. A celebration of historic hypercars right up to the present day will also see the first vehicles to top 200mph making their mark on the famous hill.

What is my car worth?

Talk to the car buying experts

If you’d like to discuss your vehicle’s valuation or talk about our valuation process, please feel free to get in touch with our team using the choices.